Raw material sources for the extraction of xylenes are coal (from coal tar) and crude oil (by cracking), resulting in mixtures of isomers. Since the isomers have similar boiling points, separation by distillation is difficult. Separation of the o-isomer is technically carried out by rectification, after which p-xylene can be separated by freezing out due to its relatively high melting point.

Due to the low flash point of 30 degrees, STB offers gas-lubricated mechanical seals. 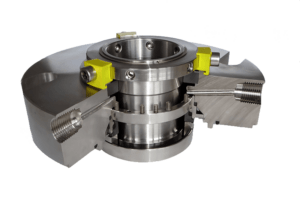 Our gas seals are available for both pumps and agitators.